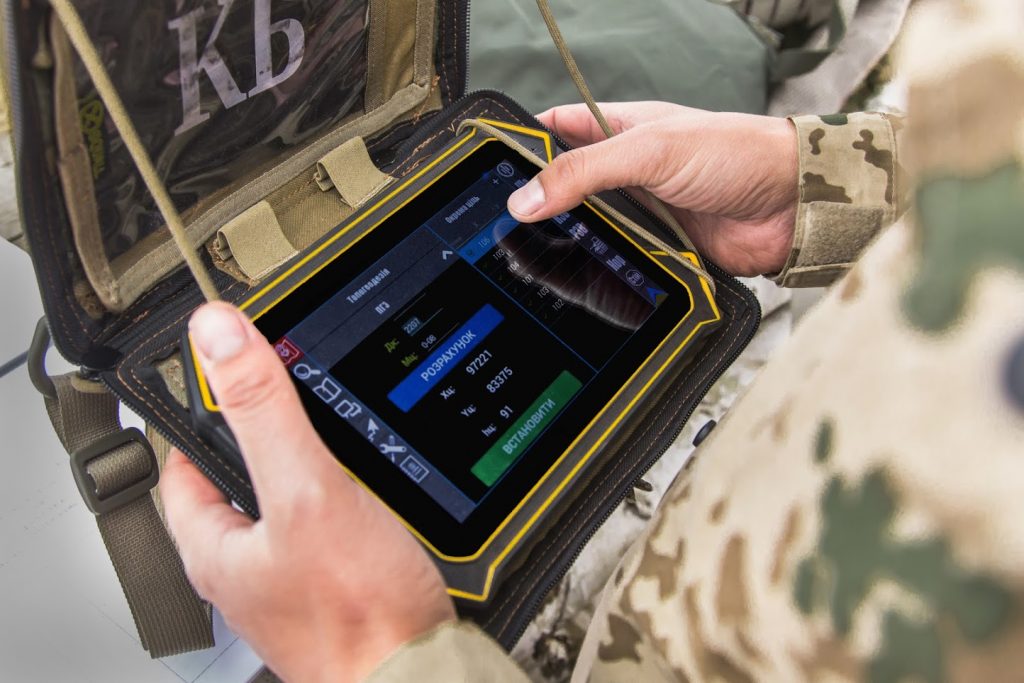 On July 21, 2016, ArtOS systems were delivered to three Ukrainian artillery brigades. The development of these systems was initiated by Association Noosphere, founded by Max Polyakov.

The military had an opportunity to study and test the ArtOS main features. The artillery teams successfully learned how to use the system in less than two days.

The main advantage of the system is its ability to reduce firing time from detecting the target to the artillery firing. According to Yaroslav Sherstyuk, ArtOS main designer and mentor, the automation of the process can help to save from 6 to 10 minutes. ArtOS also eliminates errors in calculation and allows personnel to collect data and target several targets simultaneously.

Yaroslav Sherstyuk emphasized that earlier, the officers were forced to calculate the needed targeting parameters for the artillery by themselves. ArtOS not only performs all these calculations automatically, but transfers the data directly to the guns.