Search
News
ArtOS was Demonstrated to the President of Ukraine, Petro Poroshenko 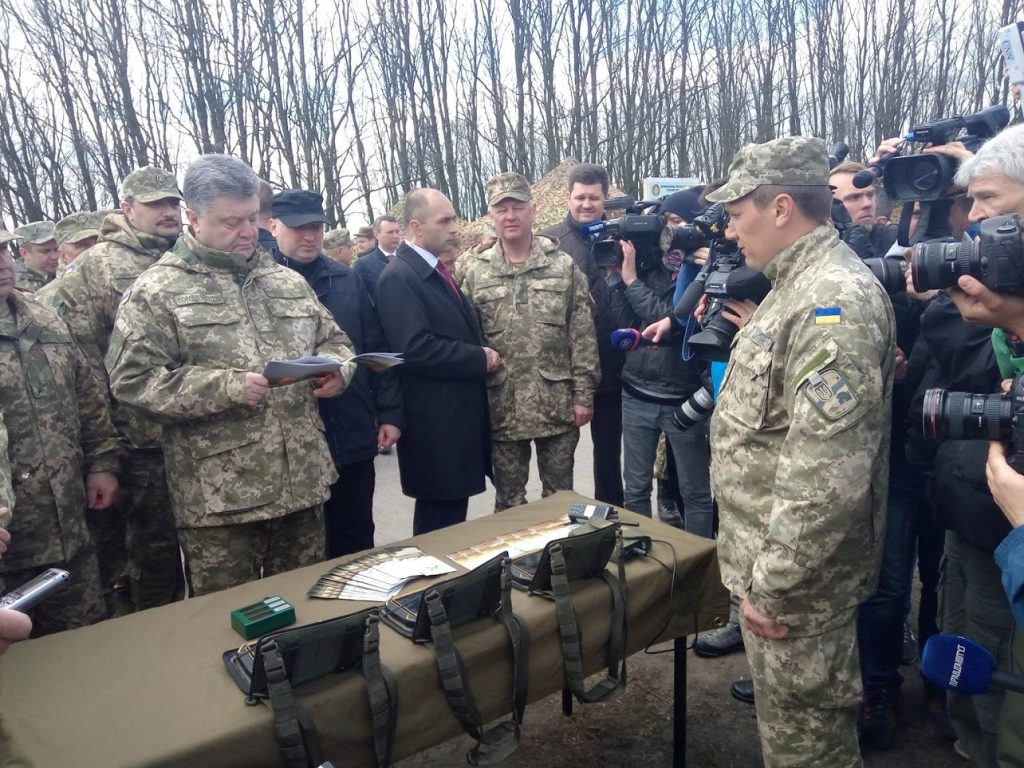 On April 27, 2016, a review of Ukrainian modern weapons and military equipment for missile troops and artillery was conducted on the military unit of the Armed Forces of Ukraine, located in Divychky, Kyiv region.

Petro Poroshenko, President of Ukraine, inspected the ArtOS firing control system along with the latest Ukrainian mortar and artillery systems. The newest ArtOS solution was also studied by Stepan Poltorak, Minister of Defense of Ukraine.

ArtOS was presented by Yaroslav Sherstyuk, the initiator and the mentor of the project, who is also an officer with the development department of missile forces and artillery command headquarters of the Land Forces of the Armed Forces of Ukraine. Yaroslav has been developing modernizing software for five years. Mr. Sherstyuk came from the 55th artillery brigade (Zaporozhye) and understands the vital role of quick training and the accuracy in performing artillery fire missions.

According to Yaroslav Sherstyuk, one of the main functions of ArtOS that was especially appreciated by the Head of the Armed Forces of Ukraine was ‘the gunner’s terminal’, also called the gunner’s data display system. It is a special unit that provides important data for targeting the guns. The device can be easily connected to a tablet which has been hardened for field conditions – it is shock-resistant, sealed and holds a charge for about a week.

The first tests of the ArtOS system took place at the Rivne landfill (Ukraine) in March, 2016. During the demonstration, the D-30 howitzer artillery battery of the 24th separate assault battalion “Aidar” demonstrated the excellent results of firing tasks.