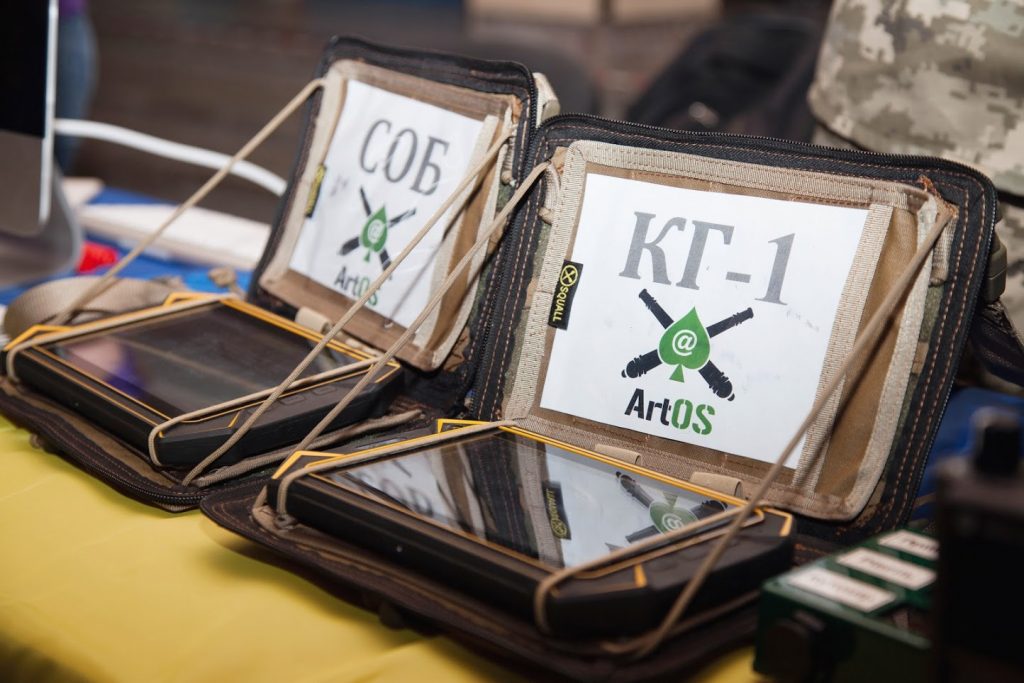 On 29 October, 2017 a presentation of ArtOS, the firing control system, was held in Dnipro.

The initiator and mentor of the project is Yaroslav Sherstyuk, an officer from the development department of missile forces and artillery command headquarters of the Land Forces of the Armed Forces of Ukraine. Mr. Sherstyuk has been developing software for five years and ArtOS is not his first project. Yaroslav is also an author of the specialized “Ukrop” software developed for gunners, military scouts, and topographical surveyors. “Ukrop” is already in use by the Ukrainian Armed Forces.

Our ArtOS system automates the process of targeting artillery fire. ArtOS is designed for artillery teams, intelligence officers and topographical surveyors to automatically control artillery guns in the field.

The main advantage of ArtOS is its ability to significantly reduce training time, starting by detecting the target to performing artillery fire missions. The system can reduce the total working time of the artillery battery up to 4 times, reducing it to 2 minutes. Furthermore, ArtOS eliminates calculation errors and can calculate data to fire on several targets simultaneously.

The system can be easily integrated with any systems of artillery reconnaissance and meteorological systems using an automatic mode. It also integrates with the “Delta” and “Ukrop” mobile applications that have over 8,000 users in anti-terrorist operations.

We plan to test ArtOS in the subdivisions of the Armed Forces of Ukraine in the near future.